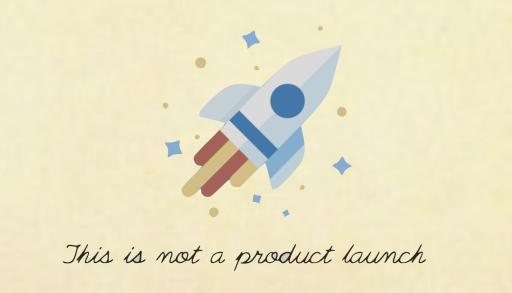 Today, we’re releasing dLinks. dLinks allows you to create a decentralized online profile that can’t be taken down. But to understand why we built it, we have to look back to the original intentions of the Internet.

Published by John Perry Barlow in 1996, The Declaration of the Independence of Cyberspace said that:

"We are creating a world that all may enter without privilege or prejudice accorded by race, economic power, military force, or station of birth [...]"

The Treachery of The Internet is that while we were promised independence, it has only served to centralize power even further. Our goal is to fight this with the help of Handshake.

Handshake is the only way for you to truly own .yourname/ on the Internet. We're taking the Internet back from the handful of corporations who currently own it and placing it into the hands of the people. And we’re starting by dismantling the current monopoly on top-level domains (.com, .org, .io are all top-level domains controlled by ICANN).

However, if we’re to have any chance at creating a world where people can truly own their own domains, and thus, their own corner of the Internet, we’re going to need many more to join in the movement. For that reason, we created dLinks to function not just as a place for you to display your online presence, but as a showcase that we hope might inspire others to develop their own applications using Handshake.

dLinks is built using Handshake and Skynet. In short, Handshake names are decentralized domains that no one can block access to. Skynet offers decentralized hosting on the backend that cannot be taken down. 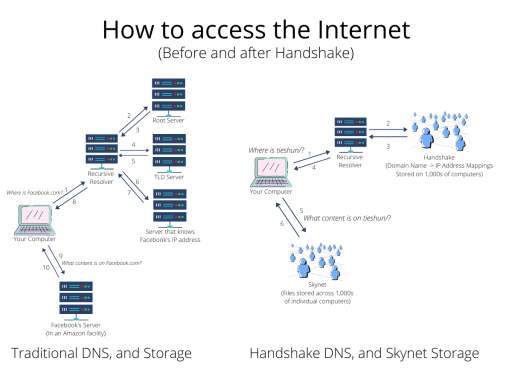 This means that the dLinks tech stack is part of a new breed of applications that is fully decentralized. This is what people mean when they talk about Web 3.0.

This kind of application has typically been difficult to build, and deploy. However, anyone with a Handshake domain now has immediate access to a site near impervious to being taken down.

Rather than simply renting a domain name via a registrar (like GoDaddy), you own your Handshake name. Should anything happen to you on one platform, everyone can be certain that your dLinks has the most accurate information about where to find you next.

Again, while we’re excited to see how dLinks gets used going forward, we’re more excited to see the ideas it might inspire. In the meantime, join us on the new web, and build your first dLinks by clicking here.

And if you’re a developer interested in getting started with Handshake, please, reach out. We’re happy to help, provide free domains, or share what we’ve learned building on Handshake.