Here are our February highlights.

It's been one year since the first Handshake name was released! Check out our year review at: review.handshake/. Thanks to sketch/ for designing it, skyinclude/ for developing it, and the owner of handshake/ for letting us use "review.handshake/".

Tieshun was also interviewed on 3 podcasts this past month! Check them out at: On the Brink, Epicenter, and Blockhash

One of the biggest pieces of news was that nft/ was purchased for $84k! You can read our blog post outlining more details on the sale here.

Our Namer Community has lots of names to gift. If you'd like to help grow Handshake, you can get involved by encouraging giftees to claim their names! 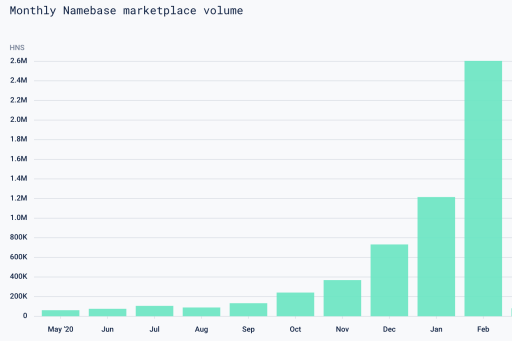 Even more excitedly, domain usage grew 25% to 10,211 sites. These are all sites actively using Handshake, and is what we believe to be one of the strongest indicators of the health of the ecosystem as a whole. 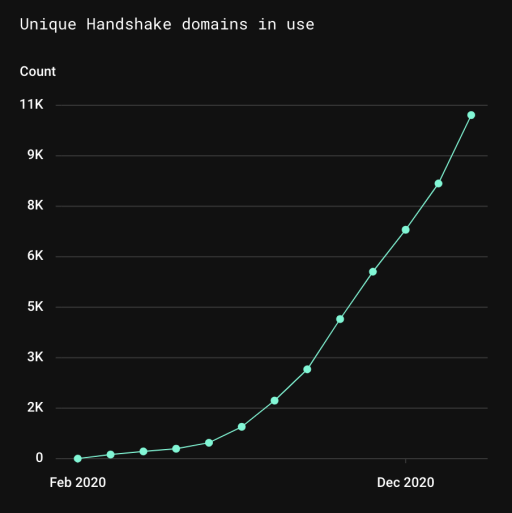 Influencers are starting to set up their dLinks! It's exciting to see dLinks finding utility both within the crypto community, and beyond. 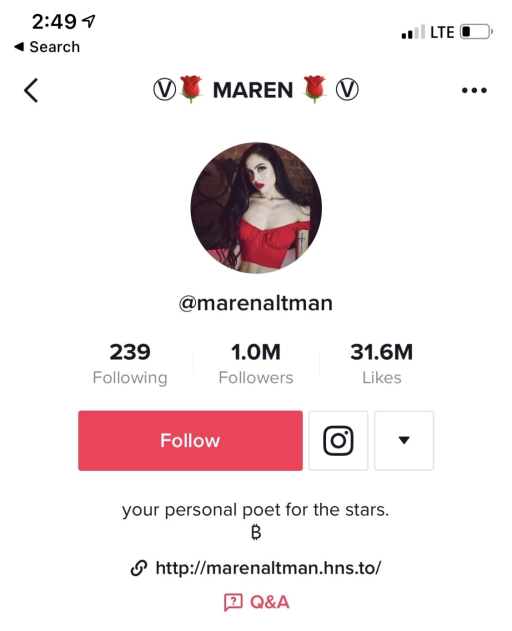 Outside of that, the Namer Community has a new landing page, this 15 second hype video for Handshake was released, and HNSsearch, a crawler for Handshake websites officially launched.

Something we're particularly excited about is the launch of the Namer Stories podcast. Reach out to graham/ in the Namer Community Discord if you'd like to be a guest on the community podcast!

niami/ now natively resolves on Handshake! Thanks to skyinclude/ for helping 0xstefan/ port his website onto Handshake.

Namers sebastian.rasor/ and neel/ recently became Creators in the Namer Community thanks to their efforts figuring out how to send and receive emails using Handshake names!

Finally, if you haven't set up a secure website on Handshake yet, check out the beginning-to-end tutorial that sebastian.rasor/ created.

And that's February. It was an exciting month, and we can't wait to see everything March has in store. Thanks for reading, and happy naming!