This blog post is a recap of Namebase's session at HandyCon 2022. If you'd rather watch the recording, it can be accessed on Youtube here.

As most of you already know, Namebase has recently been acquired by Namecheap.

To clarify, Namebase will continue to operate as an independent entity with a startup frame-of-mind. At the same time, we'll benefit from Namecheap's financial backing, their reach, as well as their reputation as the second largest domain registrar in the world. It's especially helpful to have Namecheap's support given their strong alignment with Handshake's ethos; they truly care about what Handshake stands for and aren't just interested in the profits.

In other words, Namebase gets the best of both worlds — we're able to move quickly as a small startup while also having direct access to the resources of a large established firm!

So, what are we going to do with that?

Our two priorities this year will be:

1. Cementing Namebase as the easiest way to use Handshake. We can measure our efficacy by the amount of time it takes a newcomer to speedrun to setting up their website on a Handshake name.

2. Strengthening Handshake's core value prop, which can be accurately summarized as "true ownership and trustless security for domains".

Namebase: The easiest way to use Handshake

Some of the product improvements coming to Namebase that will help cement Namebase as the easiest way to use Handshake will include: 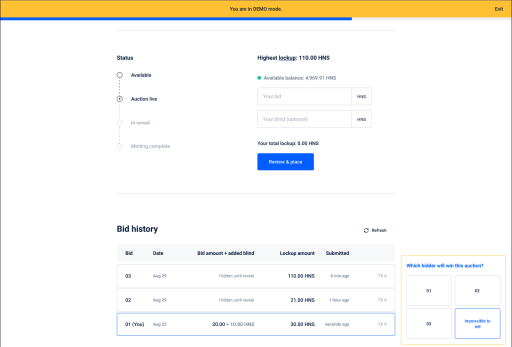 Of course, the core value of Namebase is its marketplace, which can now finally get its much deserved attention again. We were focused on zero-to-one improvements last year — Namer News, HDNS.io, Namebase Registry, wHNS — and can now shift back to those one-to-N improvements.

Some obvious marketplace improvements you can expect to see coming include: 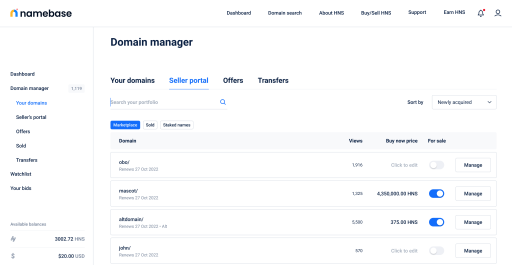 Some of the ways we're supporting strengthening Handshake's core branding of true ownership and trustless security for domains include: 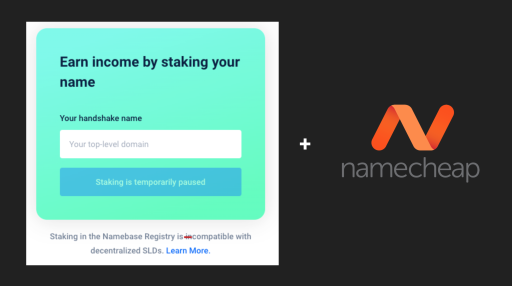 This may seem like a lot, but it's our belief that we can accomplish all of the above by the end of 2022, or at the very least before HandyCon 2023!

A common source of critique of Namebase has been its centralized nature as a custodial service. Decentralizing our assets has always been in our plans, but we've previously been focused on zero-to-one efforts. Since non-custodial wallets such as Bob Wallet by the Kyokan team already existed for Handshake, we chose to prioritize building other products and features that simply didn't exist before. Now that we've refocused on one-to-N efforts, we can also revisit our plans to decentralize the assets on Namebase.

This is a huge endeavor that we must execute carefully and correctly, so we're unsure whether we can accomplish it by the end of the year. That said, we've already had preliminary conversations with the Kyokan team on potentially partnering on this effort and they seemed receptive to the collaboration. For now, you can imagine pushing a "decentralized assets" button in your Namebase account's settings that will automatically transfer your account's assets to a browser extension similar to Bob Extension. 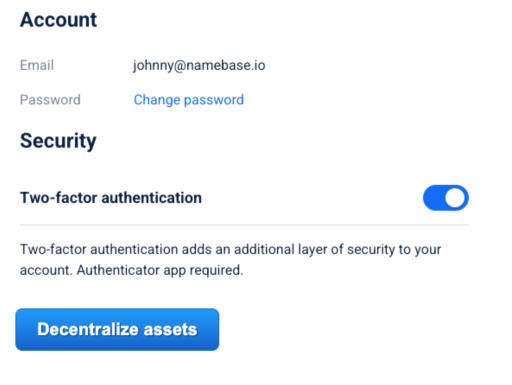 In just this past year, the Handshake community has made tremendous progress all-around.

Sentinel dVPN users now automatically resolve Handshake, Bittrex and Bitrue exchanges listed HNS, Handshake had its own 3-day track at Namescon Online, you can now use your Handshake name with IPFS, ICANN has explicitly acknowledged Handshake, Opera has committed to resolving Handshake, and of course Namecheap has dove all-in into Handshake.

This was all accomplished last year alone, and we don't see any reason why the speed of progress this year should be any slower! At the very least, you can expect us to do our part as outlined above.

How you can help

If you're brand new to Handshake, then your first step is to get a Handshake name!

If you're already a Namer — someone with a website set up on their Handshake name — you can step up to become a Director in the Namer Community by becoming a leader in the community. Some specific ways you can become a Namer Community Director that's also aligned with Namebase's priorities include:

Once we've finalized our current hiring efforts, we'll also be hosting regular community calls, which provides ample opportunities for Namers to share feedback, surface bugs, and ask for support. Until then, come swing by the Namer Community to see how you can get more involved with Handshake!